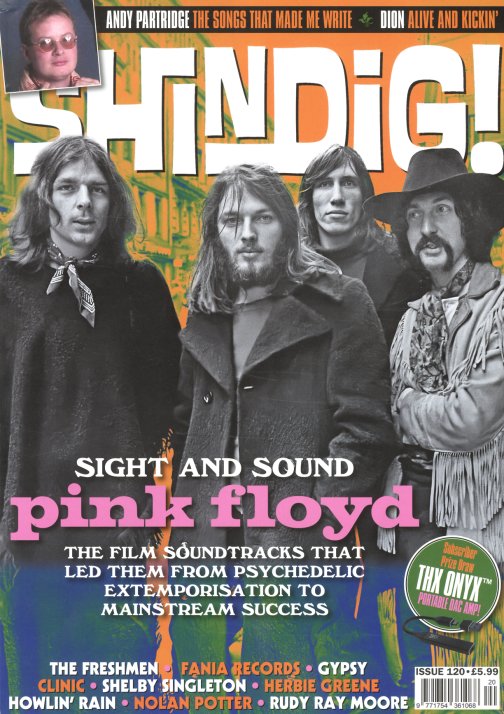 Pink Floyd started out with some weird and wonderful vocal work by Syd Barrett – but after those days, they soon stepped into a more instrumental mode – and have a great legacy of work for films at the end of the 60s – all covered here in the cover story, which looks at their musical contributions for More, Zabriskie Point, La Vallee, and Tonite Let's All Make Love In London! And as usual, the issue's overflowing with other great bits too – a look at Latin powerhouse Fania Records, Andy Partridge on songs that inspired him tow rite, and lots more on Dion, Freshmen, Gypsy, Rudy Ray Moore, Nolan Potter, Howlin Rain, and the great Nashville impresario, Shelby Singleton!  © 1996-2021, Dusty Groove, Inc.