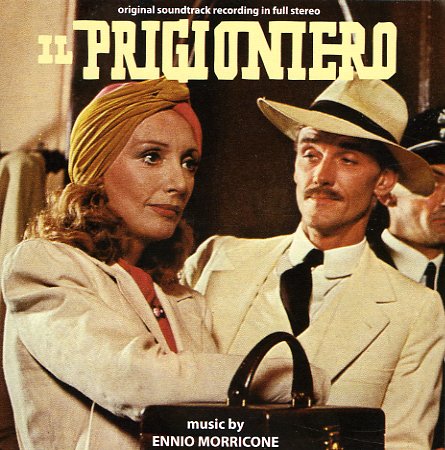 One of the more contemplative 70s soundtracks from Ennio Morricone – almost a step towards the direction he'd take with some of his big international hits of the 80s! The music is often pensive – with some beautiful spare woodwind moments amidst light larger orchestrations – never too lush, and always handled with that spacious quality that makes the maestro so different from so many other composers of his time. The music is for an obscure TV project, far less well-known than some of his others – and the set features the lovely vocal tune "Dove Sei Amore", plus "L'Estate E'Finita", "Si L'Ammuri", and "I Due Prigionieri" – in different variations.  © 1996-2022, Dusty Groove, Inc.
(Limited edition of 300 copies!)

Hands Of Steel (Vendetta Dal Futuro) (orange vinyl pressing – with poster)
Rustblade (Italy), 1986. New Copy
LP...$26.99
That's a very 80s image on the cover, and there's a very 80s feel to the record – a set that's awash in the kind of cool keyboard work you'd expect from Claudio Simonetti, often served up with a lean style that owes plenty to the legacy of John Carpenter! The keys can move from deep and ... LP, Vinyl record album