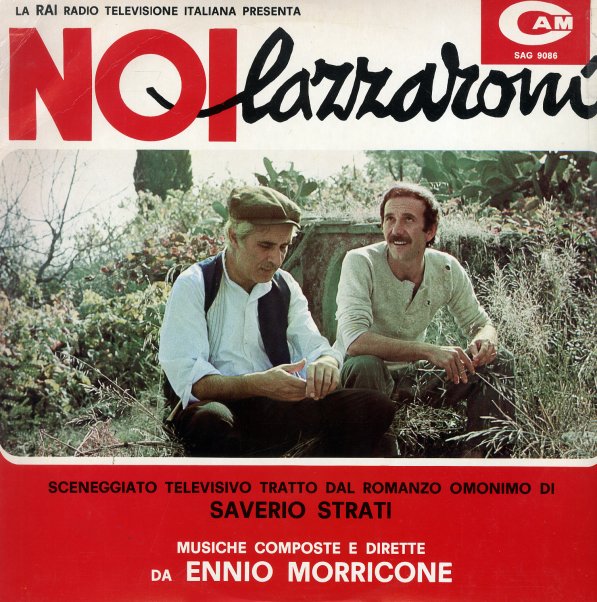 Rare soundtrack work from Ennio Morricone, recorded for an Italian TV series that didn't get any play on this side of the Atlantic! The music has a surprisingly haunting quality, especially for television – almost the darker side of Morricone that you'd hear in the earlier part of the 70s, and less like some of his warmer scores of the time when this one was recorded. Edda Dell'Orso sings quite darkly on a few tracks – really bringing an edge to the music – and there's also a mix of atonal strings and lighter, lilting moments – of the sort we're much more likely to hear in some of Morricone's best cinematic endeavors. Titles include "Tema Borghese", "Tema Popolaresco", "Passione E Misticismo", "Musica Di Strada No 1", "Solo Violini", and "Notturno Senza Lunda".  © 1996-2022, Dusty Groove, Inc.

Hands Of Steel (Vendetta Dal Futuro) (orange vinyl pressing – with poster)
Rustblade (Italy), 1986. New Copy
LP...$26.99
That's a very 80s image on the cover, and there's a very 80s feel to the record – a set that's awash in the kind of cool keyboard work you'd expect from Claudio Simonetti, often served up with a lean style that owes plenty to the legacy of John Carpenter! The keys can move from deep and ... LP, Vinyl record album