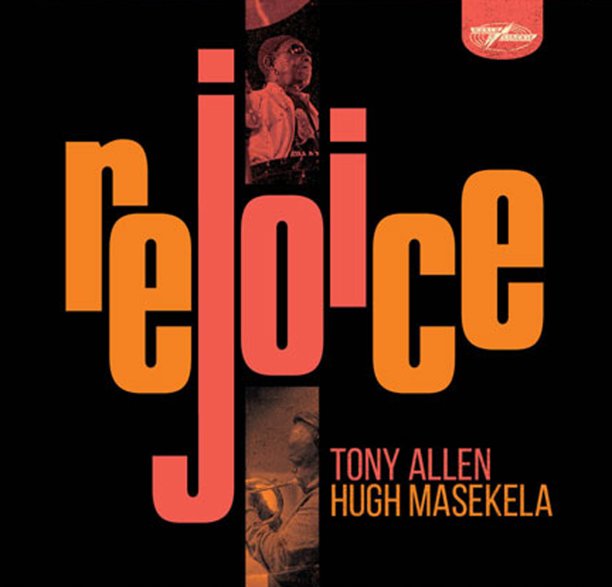 Also available
Tony Allen & Hugh Masekela — Rejoice (2CD special edition) ... CD 18.99
A really fantastic collaboration between two pioneers of African music – and a set that nicely opens both into the jazziest side of their talents! Hugh Masekela blows flugelhorn, and Tony Allen handles drums and plenty of percussion – and although both artists sing a bit, the main focus here is really on the instrumentation – as half the album's tracks are instrumentals, and there's plenty of room for solos over the really great rhythms in the mix! The lineup of players is great, too – tight, but with some nice surprises – including tenor from Steve Williamson, vibes from Lewis Wright, and keyboards from Joe Armon Jones – on titles that include "Robbers Thugs & Muggers", "Agbada Bougou", "Obama Shuffle Street Blues", "We've Landed", "Slow Bones", and "Never". Great 2LP version – with a bonus album of remix material!  © 1996-2022, Dusty Groove, Inc.