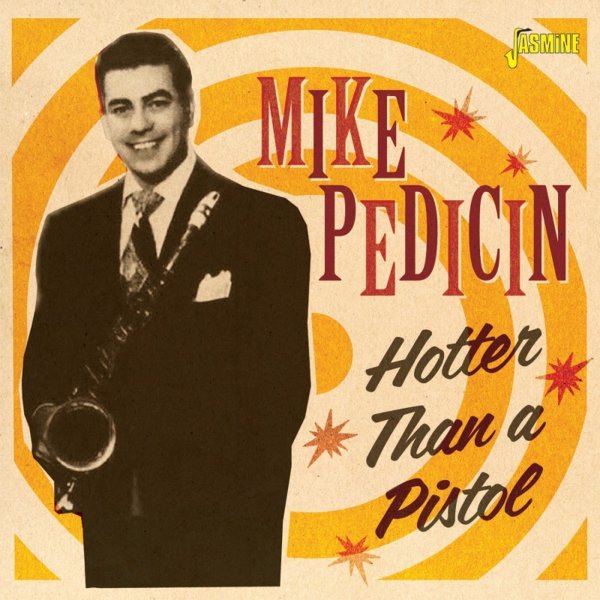 Hotter Than A Pistol

A huge overview of the early days of saxophonist Mike Pedicin – a player who'd later become part of the Philadelphia International sound in 70s soul – but who here is a dedicated rocker, from a time when the sax was every bit a big part of the new sound as the guitar! The tracks here are mostly small combo sides recorded for a variety of indie labels, plus a few more for RCA – real gems from the time when an energetic cat like Mike could burst out of his local scene in Philly, and cook up a mixture of vocal and instrumental tunes that drew heavily on R&B and jump blues, and which point the way towards rocking sounds to come. The package is the first we've seen to cover this much territory of Pedicin's early years – and features 33 titles that include "Saxi Boogie", "Hey Pop Give Me The Keys", "Disc Jockey's Boogie", "Mmm Boy", "One Potato Two Potato", "The Large Large House", "Jackpot", "Close All The Doors", "I'm Hip", "Mambo Rock", "Devil", "Burnt Toast & Black Coffee", "Closin Out", and "The Dickie Doo".  © 1996-2021, Dusty Groove, Inc.