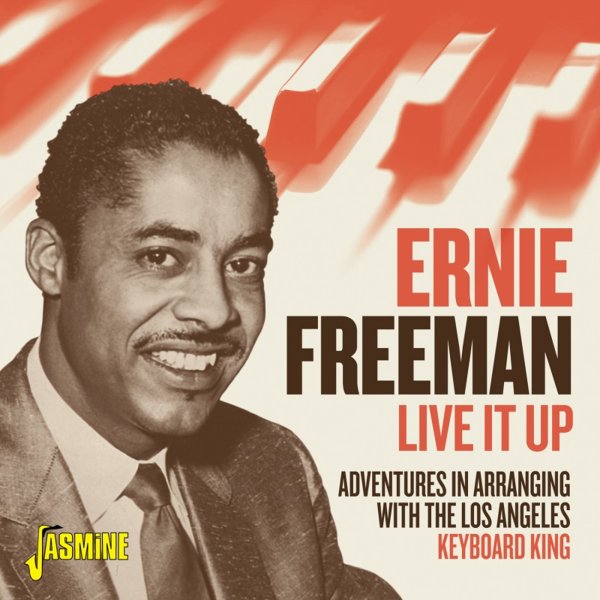 Ernie Freeman was one of those cats who seemed as if he could do anything – a great pianist, a heck of an arranger, and a creative force who touched so many different kinds of music on the LA scene of the postwar years! Ernie's name appeared on countless records – his own big hits for the Imperial label, but also a range of other titles by different artists too – a variety of modes that always made Freeman one of those guys that can be tough to peg at a stylistic level – as you'll find his older records filed in the jazz, soul, and rock racks at record stores! This well-done set does a great job of illustrating the diverse talents of Ernie back in the day – filled with tunes that are mostly instrumental, and which step around genres in a great way – 32 titles that include "The Tuttle", "Leaps & Bounds", "Jivin Around", "Puddin", "Junior Jive", "After Sunset", "Summer Serenade", "Shape Up", "Theme From Igor", "Walking The Beat", "Lost Dreams", "Jamboree", "Conquest", "Swamp Meeting", and "Theme From The Dark At The Top Of The Stairs".  © 1996-2022, Dusty Groove, Inc.