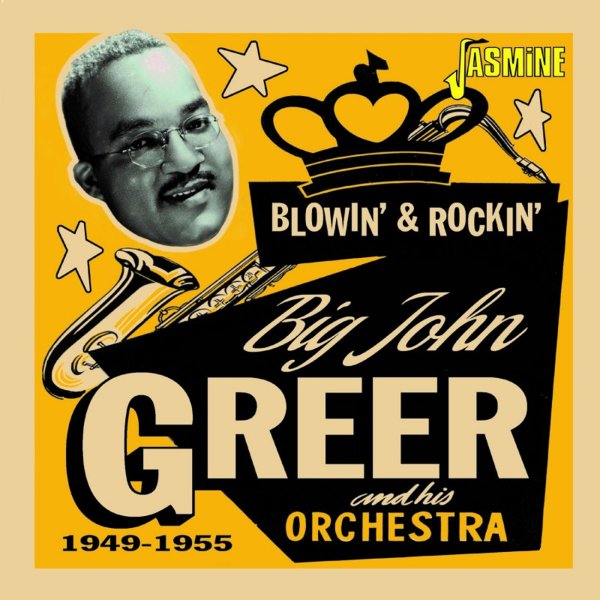 Killer cuts from Big John Greer – both a singer and saxophonist, and a postwar force in R&B with a sound that would have been right at home on King Records! Greer recorded most of this material for RCA – a label that never gave him the push he might have gotten from a more close-to-the-ground indie at the time – and there's a raw quality to these cuts that really rivals some of the best work of the period by artists like Roy Brown, Tiny Bradshaw, Bullmoose Jackson, and Jack McVea! John's as equally great serving up an instrumental solo as he is at delivering a vocal lead – and these tunes pack plenty of punch, with a raw, romping R&B groove throughout. The set features 27 tracks in all – all great all the way through – and titles include "Red Juice", "Big John's A Blowin", "Have Another Drink & Talk To Me", "If I Told You Once", "Play Me Some Loud Music", "Soon Soon Soon", "A Man & A Woman", "Ride Pretty Baby", "Woman Is A Five Letter Word", and "I'm The Fat Man".  © 1996-2022, Dusty Groove, Inc.