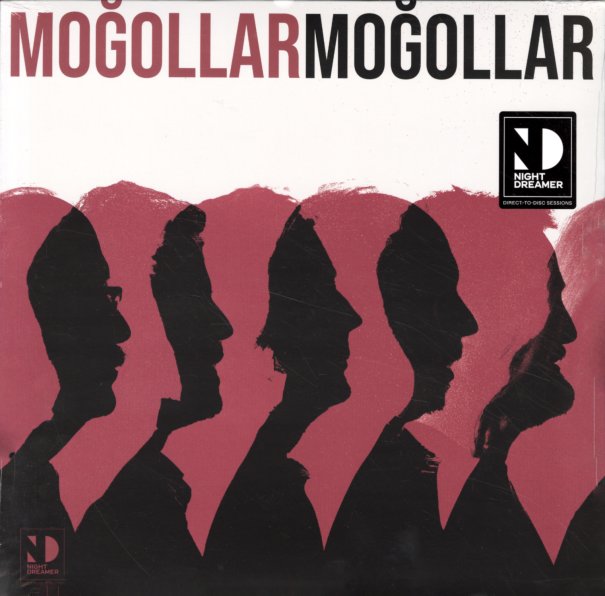 Mogollar are a legendary group in Turkish music – formed in the 60s, with a mission to explore psychedelic impulses amidst more traditional instrumentation – and all these many years later, the combo is still going strong, and with a sound that still beats most of the groups they inspired over the years! This set features material recently recorded in Haarlem, but there's a vibe here that's very much like the best Arabesk rock experiments from the Turkish scene of the 70s – with familiar guitar, keyboards, bass, and drums mixed with a range of sounds from a bowed tanbur, long-necked bagalama, cura, Iklig, darbuke, and bendir. As with all Night Dreamer sessions, the performance was recorded live in the studio – and titles on this second volume include "Kesisleme", "Bi Sey Yapmali", "Tporak Ana", "Alageyik Destani", "Berkay Oyun", and "Iklig".  © 1996-2022, Dusty Groove, Inc.

Anatolian Sun Part 1
Night Dreamer (UK), 2021. New Copy
LP...$16.99 29.99 (LP...$16.99)
Mogollar are a legendary group in Turkish music – formed in the 60s, with a mission to explore psychedelic impulses amidst more traditional instrumentation – and all these many years later, the combo is still going strong, and with a sound that still beats most of the groups they ... LP, Vinyl record album