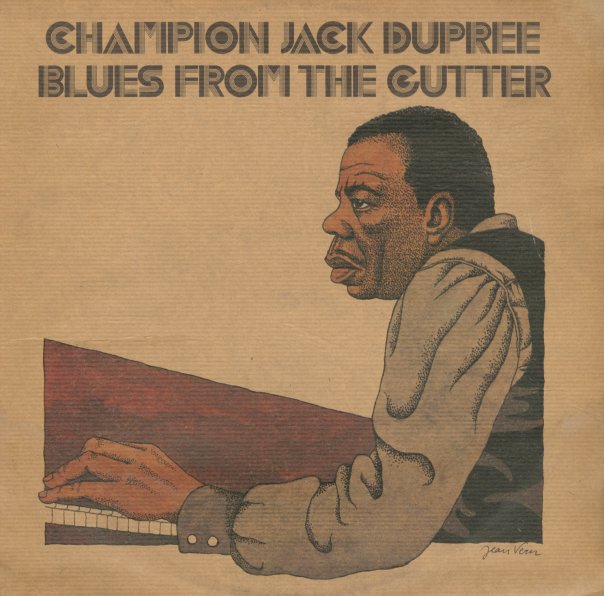 Blues From The Gutter (70s pressing)

Blues from the gutter, with a nice current of jazz, too – thanks to participation from a hip group who really make this album from Champion Jack something special! Dupree himself sings and plays piano – often with plenty of rootsy currents – but the combo also features excellent alto from Pete Brown, who adds in plenty of soul – as well as Ennis Lowery on guitar, Wendell Marshall on bass, and Willie Jones on drums. All tracks are credited to Jack, but there's more than a few here that are traditional, and just given new arrangements by Dupree – and titles include "Strollin", "Stack-O-Lee", "Frankie & Johnny", "Bad Blood", "Junker's Blues", "Evil Woman", and "Can't Kick The Habit".  © 1996-2021, Dusty Groove, Inc.
(70s issue in a textured cover, with a cut corner, light wear, and a sticker spot.)