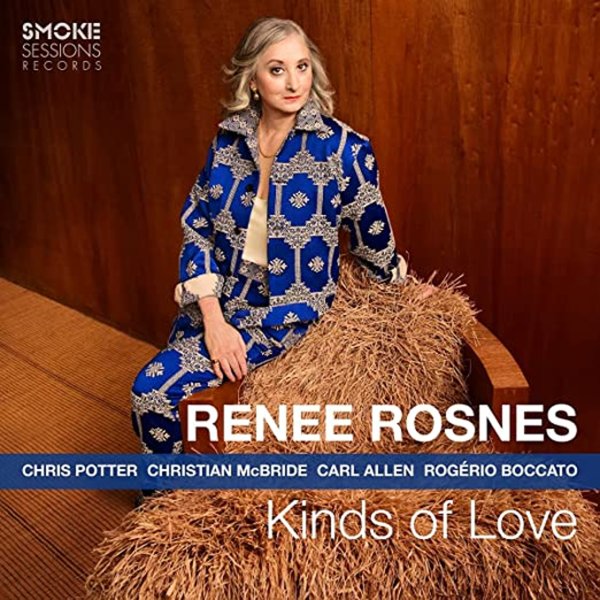 Bold, beautiful work from pianist Renee Rosnes – a player who's already been great for many decades, but who really seems to be unlocking new qualities in her music – and a record like this is definitely a piece of that trend! There's a richness of sound on the piano that's always marked Renee's approach to the keys – but there's also maybe more of a fuller group dynamic going on – maybe in part because the combo is so wonderful – with work from Christian McBride on bass, Carl Allen on drums, Rogerio Boccato on percussion, and Chris Potter on saxes, flutes, and bass clarinet! Boccato's percussion is subtle, but really does a lot to the rhythms – and in another standout element, Renee also picks up the Fender Rhodes on a few tunes too. Titles include "Evermore", "The Golden Triangle", "Silk", "Kinds Of Love", "Swoop", "Life Does Not Wait", "Passing Jupiter", and "In Time Like Air".  © 1996-2022, Dusty Groove, Inc.