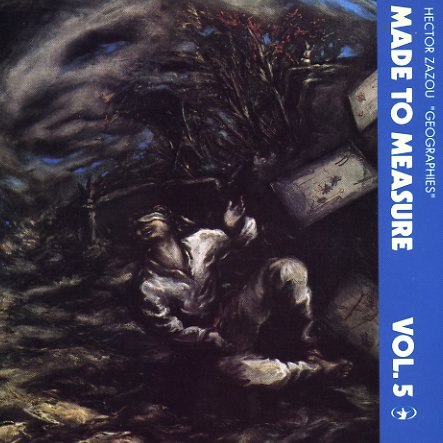 Beautiful work from Hector Zazou, and one of those wonderfully hard to define records from the early days of the Crammed label – a company that always had a strong penchant for mixing up both musical and cultural modes in really unique ways! The record is part of a series of imagined soundtracks – and while it might work that way, the sounds here also vary nicely between some of the minimalist experiments of post-punk groups like Soft Verdict and Penguin Cafe Orchestra, and some of the more globally-conscious material on Crammed – effortless shifts in instrumentation that moves between percussion, woodwinds, strings, and some more down to earth modes – all beautifully vivid, thanks to imaginative scoring by Hector Zazou! There's a bit of voice on the record, but mostly wordless – and titles include "Sidi Bel Abbes", "Denise A Venise", "Vera C", "Des Cocotiers", "Sous Les Bougainvilliers", and "Motel Du Sud". CD features 11 more bonus tracks – for a vocal quartet!  © 1996-2021, Dusty Groove, Inc.