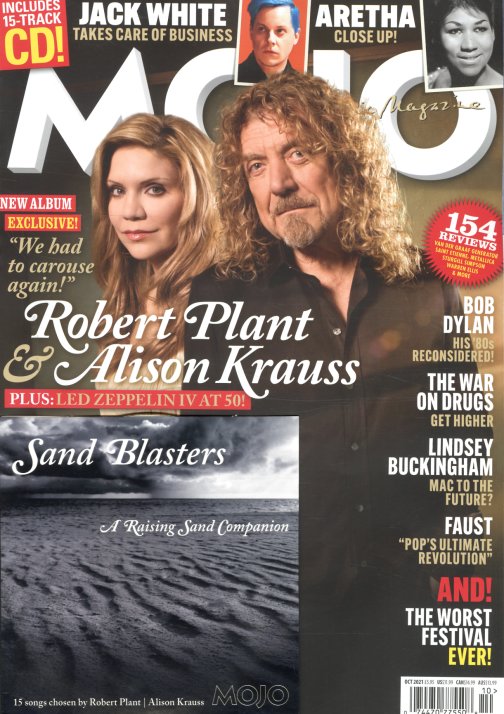 This issue looks at the surprisingly strong pairing of Robert Plant and Alison Krauss – back on record with a new album – and also has a close up look at Aretha Franklin, a feature on Bob Dylan in the 80s, and more on the legendary Faust, Jack White, Lindsey Buckingham, Low, and The War On Drugs! There's also the story behind the 1988 Reading Festival – billed on the cover as the worst rock festival ever – plus lots more great bits, and pages and pages of the sorts of music reviews that make Mojo essential reading, month after month. Plus, you also get a bonus CD – 15 songs chosen by Plant and Krauss!  © 1996-2022, Dusty Groove, Inc.