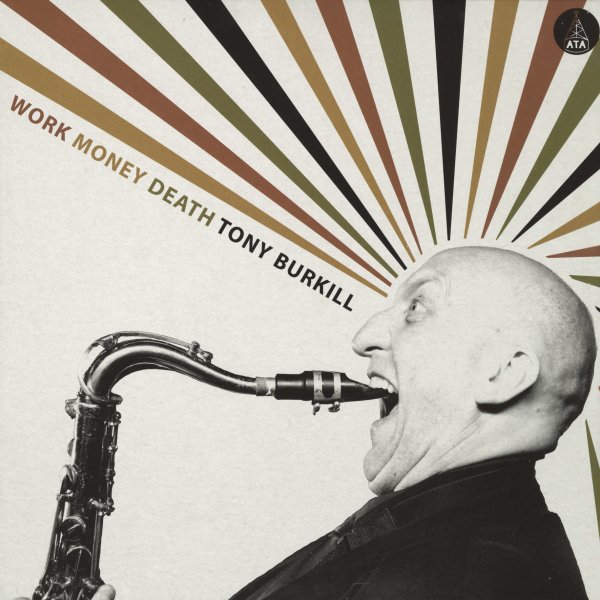 A dead-serious effort from a saxophonist we hope to hear more from in years to come! The style here is a solid, soulful mode that really hearkens back to the best modal moments of the late 60s and early 70s – rhythms that seem to borrow an influence from African styles, but fused into a jazz mode that's got the soaring spirit of the post-Coltrane generation – very specifically like the hippest work on the Milestone or Black Jazz labels in the early 70s – work that would be a flawless match for Burkill's style here! Tony's got a really rich tone on the tenor – raspy and full at the same time, and really diving to the depths as he expresses himself on his solos – driven strongly by the bass of Neil Innes, who also co-wrote all the tunes with Burkill – with drums from Sam Hobbs, piano and organ from George Cooper, and percussion from Pete Williams. The whole thing's amazing – rock-solid, no-nonsense, and filled with soul and spirit. Titles include "At Odds With the World", "Out Of A Shooting Star", "Beginning & End", "Work Money Death", and "Third Of All Numbers".  © 1996-2022, Dusty Groove, Inc.

How Long This Time – Live 1970
British Progressive Jazz (UK), 1970. New Copy
CD...$12.99 16.99
Never-issued work from pianist Keith Tippett – live studio recordings from 1970, and cuts that really capture Tippett at the height of his young brilliance! There's a vibe here that's often a bit different than some of his famous albums of the period – more modal in the rhythms overall ... CD