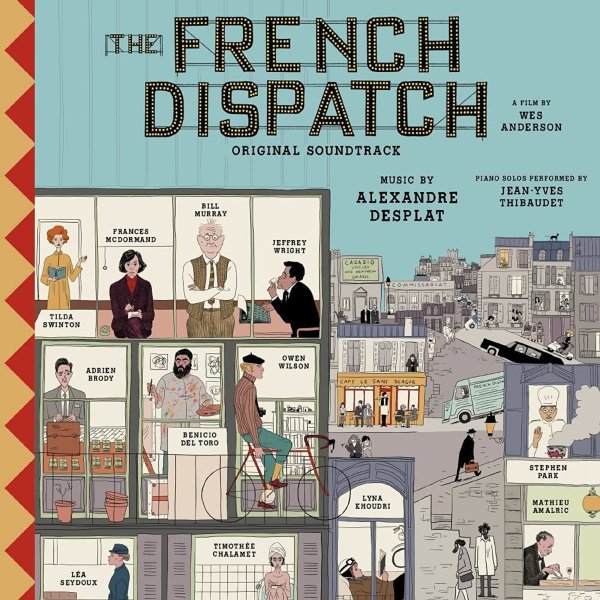 A completely charming soundtrack for an equally charming film – a set that mixes together the instrumental music created by Alexandre Desplat for the Wes Anderson film The French Dispatch, and a number of the full songs that were used as snippets during the movie! Desplat's compositions are great – able to shift in mode and tone for the different stories featured in the narrative, but all cohesive enough to support the whimsy and wit of Anderson's direction. And these cuts are balanced out by a number of French songs and other soundtrack themes from earlier generations – woven together in the best Wes Anderson way. These cuts include "Tu M'As Trop Menti" by Chantal Goya, "Inseguimento Al Taxi" by Mario Nascimbene, "I've Seen That Face Before Me" by Grace Jones, "Fiasco" by Gus Viseur, "J'En Deduis Que Je T'Aime" by Charles Aznavour, "L'Ultima Volta" by Ennio Morricone, "Adagio" by Georges Delerue, "Aline" by Jarvis Cocker, and "Fugue No 2" by The Swingle Singers.  © 1996-2022, Dusty Groove, Inc.