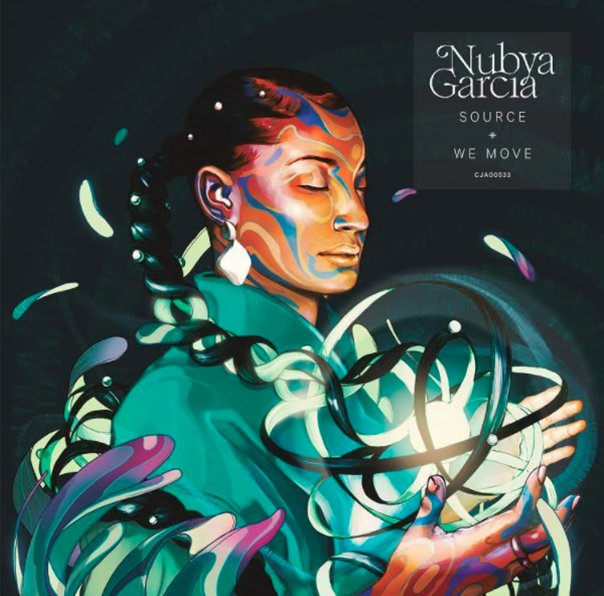 A really tremendous take on the Source album from saxophonist Nubya Garcia – one that has new versions of the tunes served up by some of his hippest contemporaries – at a level that brings together his current work on the London scene with a global underground that has found a way to embrace a whole new generation in jazz! There's plenty of touches here that maybe echo the London at the start of this century – when the 4Hero generation were first beginning to mix jazz instrumentation and more cosmic levels of production – but the songs also feature some key American underground elements too, which makes for a wonderful sense of variety throughout the set – but not in the jagged style that usually comes with a remix album. Players include Joe Armon Jones on piano and keyboards, Sam Jones on drums, and Nubia on tenor sax – and the record features vocal appearances from Akenya, La Perla, and Sheila Maurice-Grey. Titles include "Together Is A Beautiful Place To Be (Nala Sinephro rmx)", "La Cumba Me Esta Llamando (Kaidi Tatham rmx)", "Boundless Beings (Georgia Anne Muldrow rmx)", "Source (Dengue Dengue Dengue rmx)", "Stand With Each Other (Keiyaa rmx)", "Inner Game (Black Spade rmx)", "The Message Continues (DJ Harrison rmx)", and "Pace (Moses Boyd rmx)".  © 1996-2022, Dusty Groove, Inc.

Source
Concord, 2020. New Copy
CD...$13.99 14.99 (LP...$24.99)
A fantastic full-length debut from Nubya Garcia – a tenor saxophonist who's been making big waves on the London scene in recent work – and who, like most of her contemporaries in that city, is determined to push jazz into new dimensions that will keep the artform growing and alive for ... CD