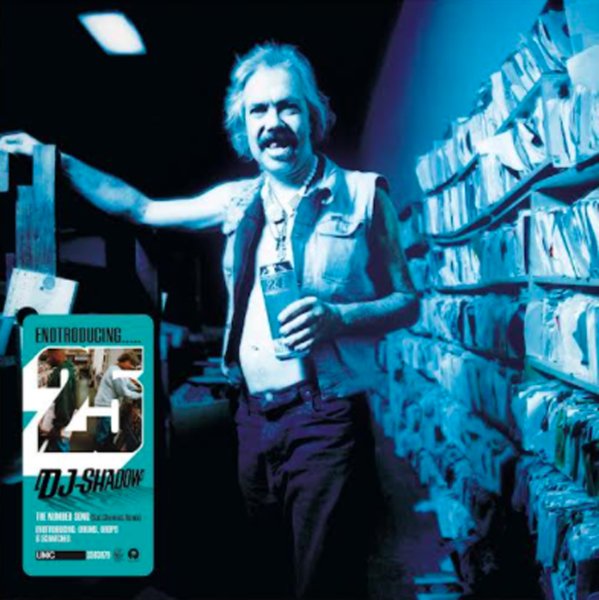 A special single, issued on the 25th anniversary of the legendary Endtroducing album from DJ Shadow! The cover art once graced a 12" single of Shadow's back in the day – and it definitely conveys the underbelly of American record stores that were the DJ's stomping ground and key inspiration for his sound at the time. Side one features a special mix of "Number Song" by frequent musical partner Cut Chemist – and side two features all sorts of beats and sounds from Endtroducing – material that's all previously unreleased!  © 1996-2021, Dusty Groove, Inc.
(25th anniversary single version with Cut Chemist's mix of the classic Endtroducing track! Half speed mastered.)