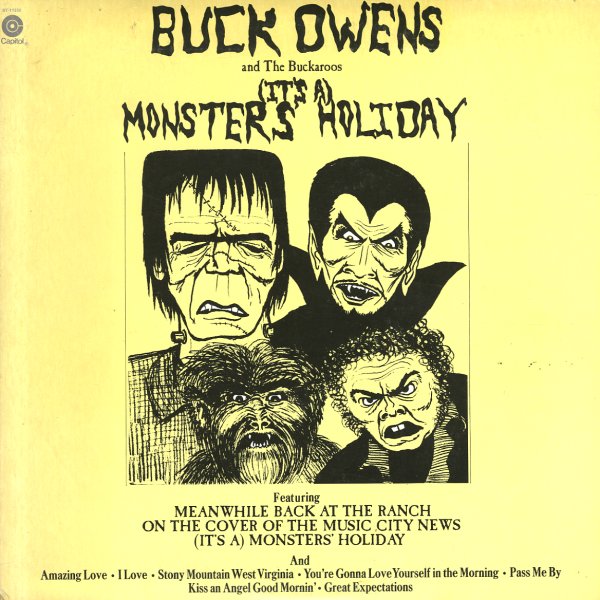 There's some creepy guys on the cover – but apart from the title track, most of the record is pure Buck Owens at his best – and not the sort of Halloween album you might think! Buck is at the height of his Capitol powers here – able to turn out the sort of short, catchy tunes that made him such a chartbuster in the world of country in the 60s – but also able to balance things with those new ideas and avenues that were really helping expand his palette and keep things interesting in the 70s! Titles include "Stony Mountain West Virginia", "I Love", "On The Cover Of The Music City News", "Kiss An Angel Good Mornin", "You're Gonna Love Yourself In The Morning", and "Meanwhile Back At The Ranch" – and the groovy Halloween tune "It's A Monster's Holiday".  © 1996-2021, Dusty Groove, Inc.

Uncovered – The First Recordings (clear vinyl pressing) (2021 Record Store Day Release)
Lightning Rod, Early 60s. New Copy
LP...$15.99
We're huge fans of the early work of Johnny Paycheck – his Little Darlin records are some of our favorite country albums of all time – and this set even predates those classic sides, as it features early demo recordings when Johnny still had his sights set on greater fame! At the time, ... LP, Vinyl record album