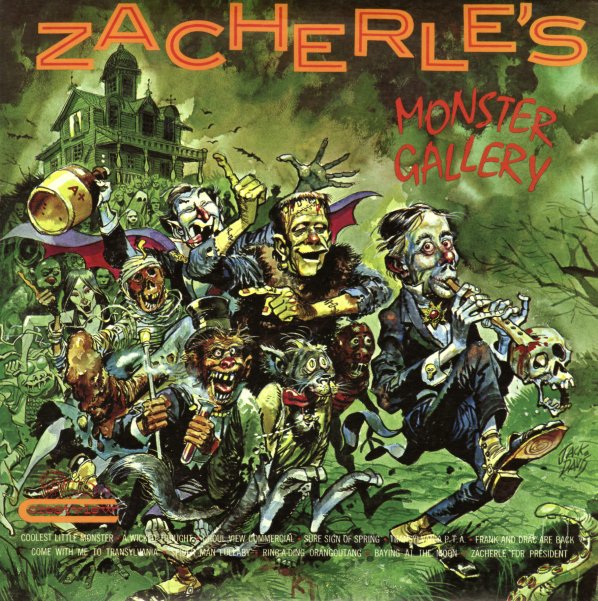 A classic album by one of the coolest cats to ever record a Halloween record – Philly TV figure John Zacherley, whose recorded career consists almost entirely of horror parody material! Zach's got a strong ability to emulate the kind of creepy figures in older horror films of the 30s and 40s – focusing mostly on their goofier sides, which are then used to present the album's whimsical horror-themed numbers, all set to jazzy backings by Gerald Alters! Imagine Bela Lugosi performing his different characters on a jazz vocal album, and you'll get part of the flavor of this classic – which includes the titles "Baying At The Moon", "Transylvania PTA", "Frank & Drac Are Back", "Coolest Little Monster", "Come With Me To Transylvania", and "Spider Man Lullaby".  © 1996-2022, Dusty Groove, Inc.
(Limited edition of 500!)

Led Zeppelin III (180 gram pressing)
Atlantic, 1970. New Copy Gatefold (reissue)
LP...$23.99 26.98 (LP...$59.99)
The third in Led Zeppelin's spectacular run of early albums – each one either matching or topping its predecessor, depending on one's personal favorite – and a record with an influence that's as massive as the sound! The record's got a pair of of Zep's best-remembered songs in "Imm ... LP, Vinyl record album