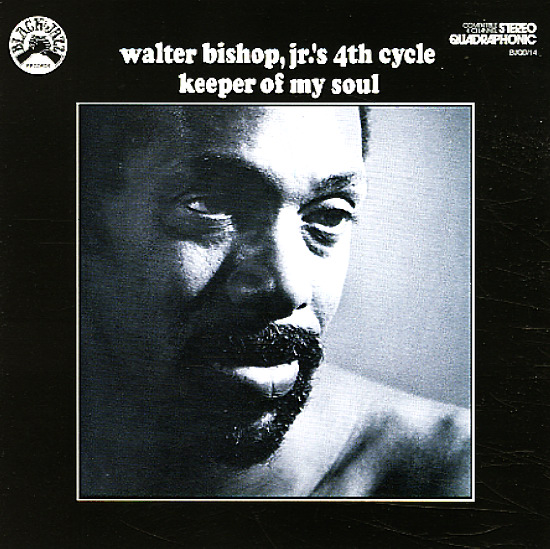 Also available
Walter Bishop, Jr. — Keeper Of My Soul ... LP 22.99
One of Walter Bishop's greatest records – an amazing session that's as funky as it is spiritual – and quite different than most of Bishop's other work! The vibe here is wonderful – as Bish plays a host of keyboards, not just piano – and works in the company of other players who include Ronnie Laws on reeds, Gerald Brown on bass, Woody Murray on vibes, and Shakur M Abdulla on percussion – a beautiful mix of cats who help Walter carry off some of his hippest recordings of the time! The use of vibes is especially nice alongside the electric piano – and titles include a great take on Bishop's classic "Soul Village", done here in a nice funky version – plus a version of "Summertime" with Bishop on organ, and the titles "Sweet Rosa", "Those Who Chant", and "N'Dugu's Prayer".  © 1996-2022, Dusty Groove, Inc.

Skipper
Black Jazz/Real Gone, 1972. New Copy
CD...$8.99 13.99
One of the greatest moments ever from west coast bassman Henry Franklin – a set of soaring, spiritual power – and a key demonstration of his rich energy as a leader! Franklin heads a wicked lineup here – playing both Fender and acoustic bass amidst other players who include Bill ... CD

Talk To My Lady
Black Jazz/Real Gone, 1973. New Copy
CD...$8.99 13.99 (LP...$16.99)
Some of the hippest sounds we've ever heard from pianist Gene Russell – an album that features heavy use of Fender Rhodes – and a soulful, solid, rhythmic core that comes from the basslines of Henry Franklin, guitar of Calvin Keys, and drums of Ndugu Chancler! The set's one of the ... CD