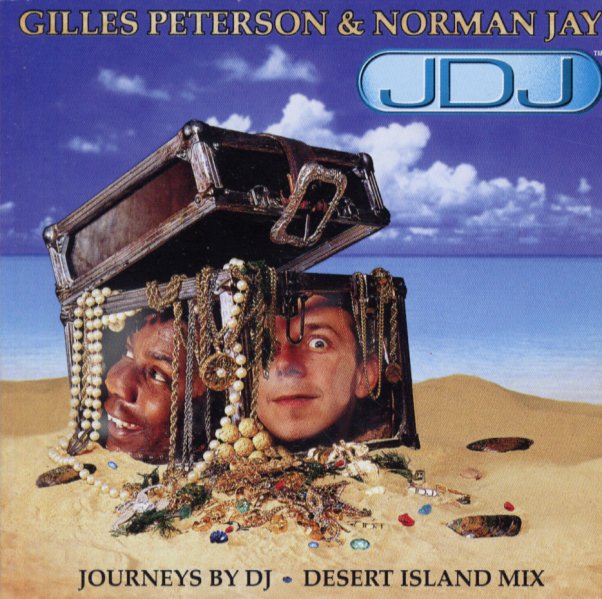 An excellent package that features a CD apiece of each of these legendary DJ's spinning their favorite tunes back to back! Although Gilles and Norman have handled a lot of other compilations like this in recent years, this one's one of the first to really capture the spirit of their uniquely London take on the world of groove. The tracks are mixed, but pretty spaciously, so that most of them appear in nearly full entirety, with a smooth ride between tunes. Disc 1 features Gilles' tunes – a lot of new ones that include "Comfy Club" by Pnu Riff, "What's Wrong With Groovin" by Letta Mbulu, "Dingwalls" by Mark Murphy, "Gabriel" by Roy Davis with Peven Everett, "Ding Ding Ding" by I Cube, "Jazz With Attitude" by Bel Air Project, "Carnival Supreme" by Los Quatros Diablos, "Fedimes Flight" by Jazzanova, "Submersible" by Juryman & Spacer, "Love Supreme" by Ballistic Brothers, and Wondering" by Drop Zone Productions. Norman comes up with 17 more tunes for disc two – including "Breakin In Space" by Key Matic, "Family Tree (disco version)" by Family Tree, "Wanted Dead Or Alive" by Voices Of East Harlem, "Make Me Believe In You" by Patti Jo, "Afro Latin Concrete" by Red Cloud & Digital Hemp, "The Truth" by Truth All Stars, "Blacker Revisited" by Ballistic Brothers, "Love Supreme" by Alexander Robotnick, "Watermelon Man" by East Harlem Bus Stop, "Calm Down" by Most Wanted, and "Stars" by Nerissa.  © 1996-2022, Dusty Groove, Inc.
(Out of print.)