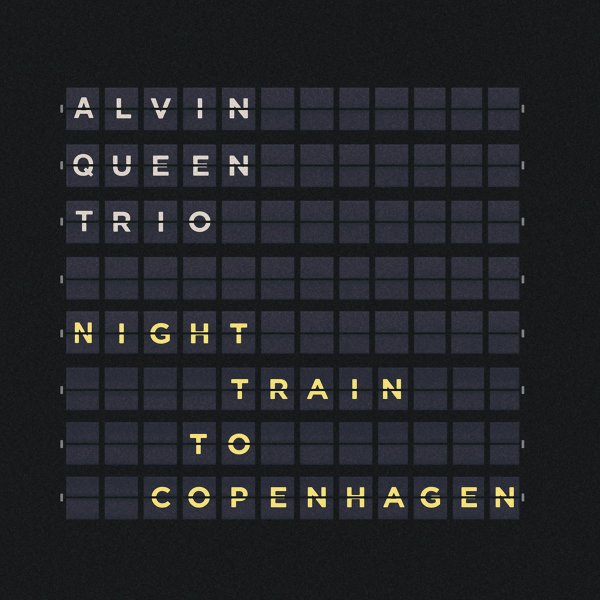 Alvin Queen has given us some pretty heavy work over the years – but here, the drummer's showing off a different side of his talents – a gentler sense of rhythm that really fits the "night" spirit of the record – as he works alongside Calle Brickman on piano and Tobias Dall on bass! Brickman's a warmly lyrical player that really fits Alvin's spirit for the record – and the trio work their way through a number of well-crafted ballad renditions that almost make the whole thing feel like some of the more laidback material from the Oscar Peterson trio of the 60s – and maybe that's the whole idea with the "Night Train" in the title. Tracks include "Farewell Song", "Have You Met Miss Jones", "Bag's Groove", "Night Train", "D & E", "Tranquility In The Woods", "Quiet Nights Of Quiet Stars", and "Some Other Time".  © 1996-2022, Dusty Groove, Inc.

I Ain't Looking At You
Enja/Ultra Vybe (Japan), 2005. New Copy
CD...$16.99
An excellent organ-heavy session from drummer Alvin Queen – one of the hippest cats working in the soul jazz underground, and a player who never fails to deliver great music over the years! This set's even more of a cooker than some of Queen's other recent albums – and features Mike ... CD

Mighty Long Way
Enja/Ultra Vybe (Japan), 2008. New Copy
CD...$16.99
We always love the work of drummer Alvin Queen as a leader – but we love it even more when he's got horns in the group, which is definitely the case here – as the cool combo on the record features both Jesse Davis on alto and Terrell Stafford – both of whom really add a lot to the ... CD