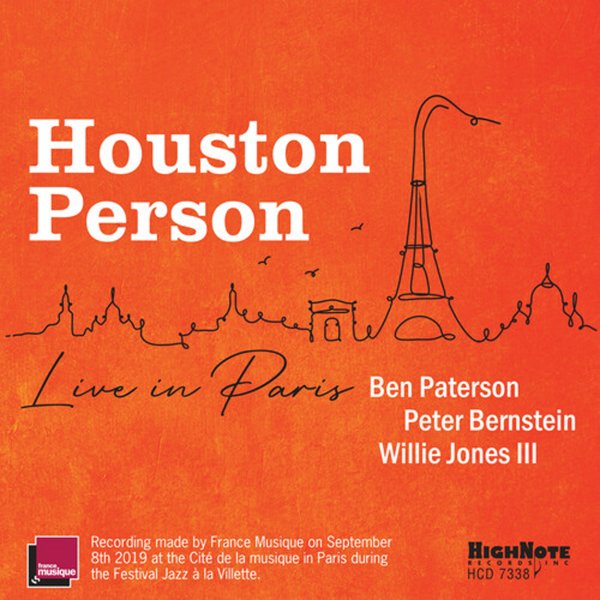 Houston Person recording live in Paris, but in a setting that has the tenor legend going right back to his 60s material – as he's playing here in an organ combo, with Ben Paterson on the Hammond B3, Peter Bernstein on guitar, and the great Willie Jones III on drums! The whole thing crackles with a great sort of energy – maybe more of a small club sort of vibe, as you might have caught Houston doing in Philly or New Jersey back in the day – with tunes that open up with an easygoing groove that's perfect for his skills on tenor – nice and long on just about every number, with titles that include "Easy Walker", "Sweet Sucker", "Lester Leaps In", "Sunny", "Jean Jaures Shuffle", "Only Trust Your Heart", and "The Way We Were".  © 1996-2021, Dusty Groove, Inc.