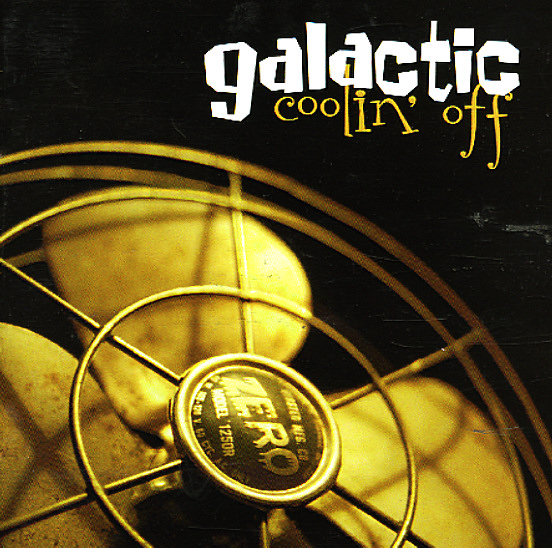 The classic first album from Galactic, and a set that did plenty to introduce a mainstream audience to vintage funk styles back in the 90s! Other groups had been hitting the same territory at the time, but for some reason Galactic was able to really take off with the groove – prefacing today's funk revival by drawing on New Orleans roots and some heavy inspiration from all the right groups. The mighty Stanton Moore provides funky drums, Erik Jekabson serves up some trumpet solos – and titles include "Stax Jam", "Everybody Wants Some", "Funky Bird", "On The One", "Mystery Tube", "Go Go", "Welcome To New Orleans", and "Church".  © 1996-2022, Dusty Groove, Inc.

Hard Up
BMG, 2021. New Copy 2LP
LP...$27.99 28.98 (CD...$13.99)
Lance Ferguson and The Bamboos have been around for many years – giving us albums for almost the space of two decades – and during that time, they've evolved from their roots as a lean funk combo to a much fuller ensemble, and one with an ear for the kind of tunes that have really ... LP, Vinyl record album

Meow
Black Sweat, 2021. New Copy
LP...$32.99
There's a strange blend of modes going on here – but a compelling one, too – an approach that uses some elements of older Afro Funk, but served up with leaner instrumentation overall – and delivered both with some beats and some deeper funk elements as well! The horns are great ... LP, Vinyl record album