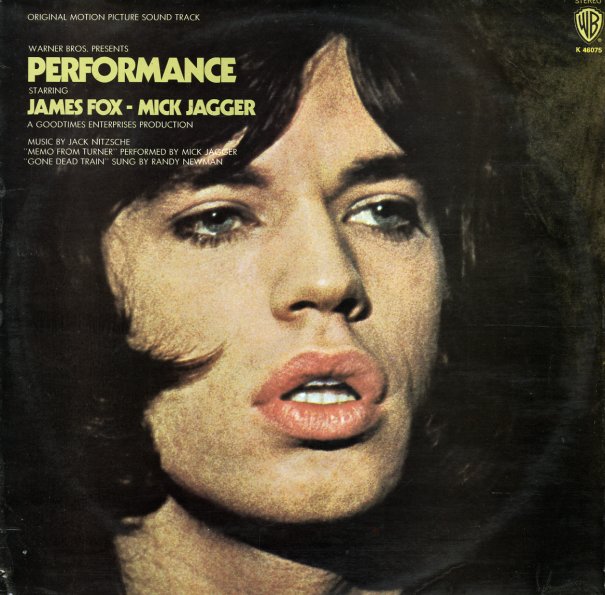 The jury is sometimes out on the Mick Jagger on-screen performance in the Nicolas Roeg film Performance – but the soundtrack is something pretty separate entirely, and really says a lot more about the spirit of late 60s Warner Brothers Records in LA than it does the arthouse cinema scene in England! The great Jack Nitzsche composed a number of instrumental tracks for the score – maybe his first time in this mode, and prefacing some later 70s successes to come – with titles that include "Rolls Royce & Acid", "Harry Flowers", and "Natural Magic". Other Warner talents get a hand in the music too – as Randy Newman conducted all of Nitzsche's charts, and also sings "Gone Dead Train" – while Ry Cooder delivers bottleneck solos on "Get Away" and "Powis Square". There's also some nice soul-based moments – the cut "Wake Up N*ggers" by The Last Poets, and "Poor White Hound Dog" and "Performance" by Merry Clayton. And yes, Mick does get to sing on one tune – the album's "Memo From Turner" – and the set is completed by Buffy St Marie work on "The Hashishin" and "Dead Dead Red".  © 1996-2022, Dusty Groove, Inc.
(Rocktober 2021 pressing. Brick & mortar store exclusive.)