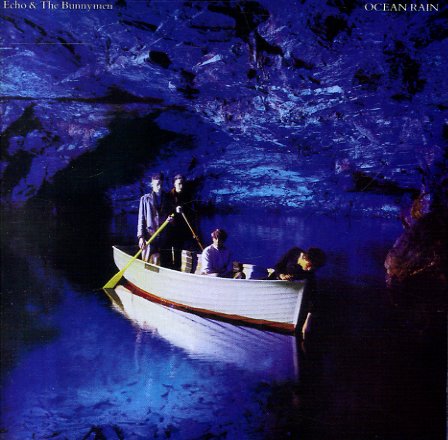 Echo & The Bunnymen at the height of their powers – able to deliver music that's as majestic as it is moody, and which nicely avoids all the cliches of the artists the group influenced in years to come! There's subtle use of strings that really give the record a fantastic vibe – one that sets it apart from some of the thinner Britpop stylings of the period, and which also seem to encourage some psychedelic sensibilities – but again, not at a level that's as easy or slavish as some of the rest. Ian McCulloch's vocals are tremendous – heard to famous effect on the classic "The Killing Moon" – but great throughout, on other titles that include "Ocean Rain", "My Kingdom", "Thorn Of Crowns", "Crystal Days", "Silver", and "The Yo Yo Man".  © 1996-2022, Dusty Groove, Inc.
(Rocktober 2021 pressing. Brick & mortar store exclusive.)