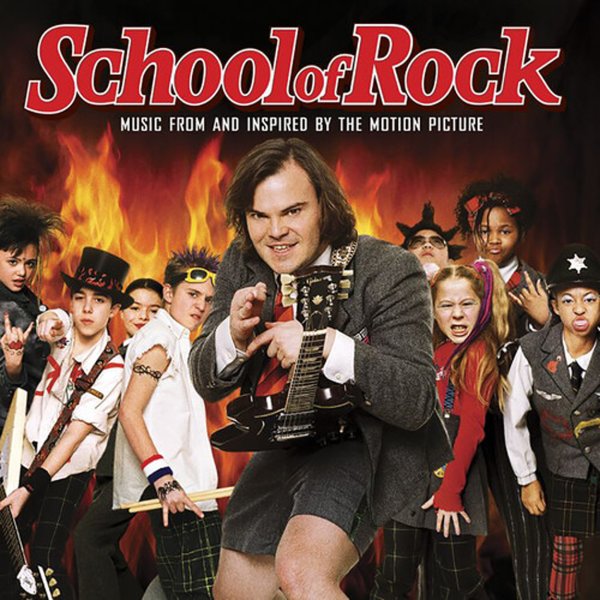 A now-classic soundtrack for a film that seemed to be a one-off comedy at the time, but which went on to have a huge impact on musical education in the years that followed! Tracks here are a mixture of 70s rock classics and a few more contemporary numbers – including key cuts with Jack Black and the students – "It's A Long Way To The Top" and "I Pledge Allegiance To The Band". Other tracks include "Substitute" by The Who, "Sunshine Of Your Love" by Cream, "Ballrooms Of Mars" by T Rex, "Set You Free" by The Black Keys, "Edge Of Seventeen" by Stevie Nicks, "Immigrant Song" by Led Zeppelin, "My Brain Is Hanging Upside Down" by The Ramones, and "Fight" by No Vacancy. Also includes a few spoken snippets by Jack Black too!  © 1996-2022, Dusty Groove, Inc.
(Rocktober 2021 pressing. Brick & mortar store exclusive. Limited edition on orange vinyl with etching on side 4!)