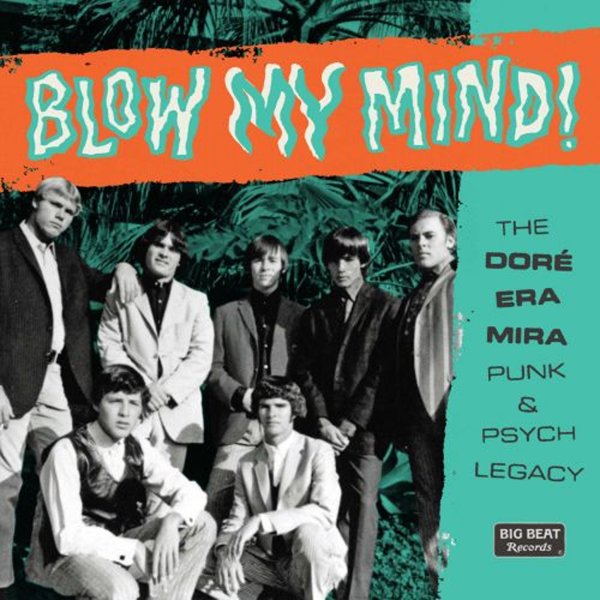 Searing, sneering work from the Cali scene of the late 60s – a surprisingly huge legacy of work that goes far beyond some of the bigger west coast garage gems by acts like The Seeds or Sonics! The cuts here all come from LA indie labels Dore, Era, and Mira – companies that we mostly know for soul and pop recordings of the time, but who also cut some really fantastic rockers that you'll discover in this set – really raw tracks that have a pre-punk, hard-edged grit that's really surprising – a very different vibe than some of the sunnier acts you might normally associate with California in the 60s! There's not a hippie in the bunch, and we're betting that none of these folks know how to surf, either – just get in the garage, turn up the amps, and cook up this smoking set list of 25 tunes that include "Leave Me Behind" by South Hampton Story, "The Thief" by The Motion, "So What" by The Lyrics, "My Baby's Barefoot" by The Syndicate, "I'll Blow My Mind" by Spencer's Van Dykes, "It's No Use" by Basil & the Baroques, "Shame" by The Front Page & Her, "Now You Say We're Through" by The Puddin Heads, "Big City Blues" by Simon T Smokes, "She's Gone" by The Tormentos, "Just Wanna Be Myself" by The No Na Mes", and "The Other Half" by Yesterday's Tomorrow.  © 1996-2022, Dusty Groove, Inc.