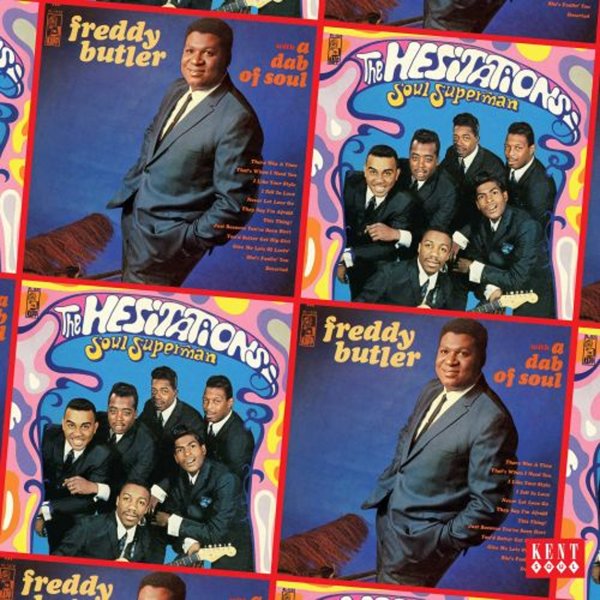 Soul Superman/With A Dab Of Soul

Two rare 60s soul albums – back to back on a single CD! First up is Soul Superman by The Hesitations – a wonderful album of rare Detroit soul – and quite possibly the best full length set ever recorded by this sublime 60s harmony group! There's a really righteous approach to most of the material – a deeper sound than you might expect from the group's more formal look on the cover – and the set was put together by Jack Ashford and the Pied Piper team – who give the record this great "in the shadows of Motown" vibe – that farther side of the Detroit scene, but with a quality that's top shelf all the way through! The vocal range of the group is fantastic – and not only that, there's a heck of a lot of great writing on the set – what we can tell, nearly every number is exclusive to this set. Titles include "Soul Superman", "You'll Never Know", "She Won't Come Back", "Soul Kind Of Love", "I'll Be Right There", "Wait A Minute", and "I'm Not Build That Way". Next is With A Dab Of Soul – the only full length record cut by Freddy Butler, a heck of a great singer with a really unique voice! Freddy hails from Detroit, and like the best of Detroit singers of the 60s – such as JJ Barnes or Darrell Banks – he's got a style that's got some rootsy touches, especially on the vocals, mixed with production that's tight and focused – which really gives the album a lot of swing! Instrumentation includes some nice use of vibes and piano – no surprise, since Jack Ashford and the Pied Piper team handled the recording – and the album also features some great early compositions by Nick Ashford. Titles include "This Thing", "You'd Better Get Hip Girl", "Never Let Love Go", and "I Fell In Love".  © 1996-2022, Dusty Groove, Inc.