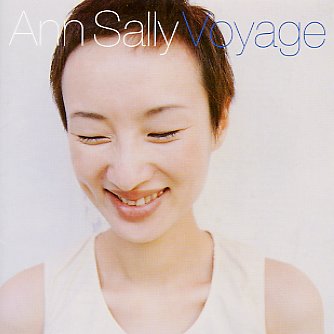 A great set by Korean jazz singer Ann Sally – recorded with a gentle mellow finish, and some sweet Brazilian touches! Ann sings in both Portuguese and English – running through a host of tracks that includes classics by Ivan Lins, Marcos Valle, Joni Mitchell, Henry Mancini, and Roberto Menescal – all done in a way that's both gentle and breezy at the same time, and which makes the record sound like the kind of 70s female jazz classic that Japanese groovehounds have been going nuts over for years now! Titles include "Velas", "He Loves You", "O Barquinho", "All I Want", "Midnight At The Oasis", "Smile", "The Face I Love", and "Both Sides Now".  © 1996-2022, Dusty Groove, Inc.
(Japanese pressing – with obi!)