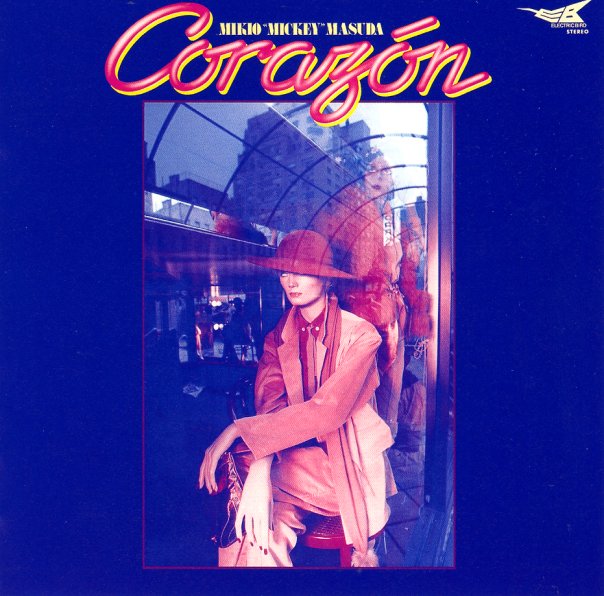 Keyboardist Mikio Masuda cut plenty of great fusion records in 70s Japan – but this set was recorded in the US, with some very soulful help from a great American lineup! David Matthews arranged the set, with a bit of a Kudu Records vibe – which means that Mikio's got lead solos on both acoustic and electric piano, amidst tight backings that not only use rhythms from Bernard Purdie on drums, mixed with larger strings – but which also include occasional backing vocals from Lani Groves and Diva Grey! Rhythms sometimes have some warm Latin inflections – echoing the title – and tracks include "Ride On The Donkey", "Samba Em Praia", "Let's Get Together", "Love Talkin", and a nice version of Carole King's "Corazon".  © 1996-2022, Dusty Groove, Inc.
(Limited to 500 copies!)