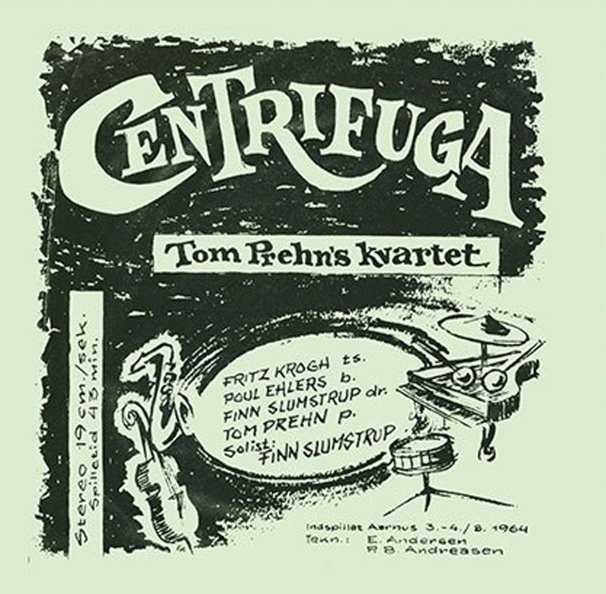 Crucial rare work from Danish piano genius Tom Prehn – a player who's only known for a handful of rare records from the 60s, and some unissued material that has come out in more recent years! This set falls somewhere between the space of both of those points – as the material had been released, but only on reel to reel format – making it even rarer than Prehn's vintage vinyl, and clearly able to use the extended format of the tape to let the group improvise in ways that they couldn't even do on a single record at the time! Case in point is the amazing 44 minute track "Centrifuga" – a cut that seems to have Prehn playing piano that sounds prepared, ala John Cage – mixed with equally unusual sounds from the bass of Poul Elders, some striking sounds from the drums of Finn Slumstrup, and this amazing raw tenor from Fritz Krogh – a player we don't know at all, but who's very much in the best mode of the early free jazz world on the European scene! The second part of the record features four shorter pieces, each numbered variations of "Solherv" – recorded six months after the first track, and with this open sonic sensibility that recalls much more contemporary improv work – such as recordings by Mats Gustafsson, who actually contributed the notes to the set.  © 1996-2021, Dusty Groove, Inc.