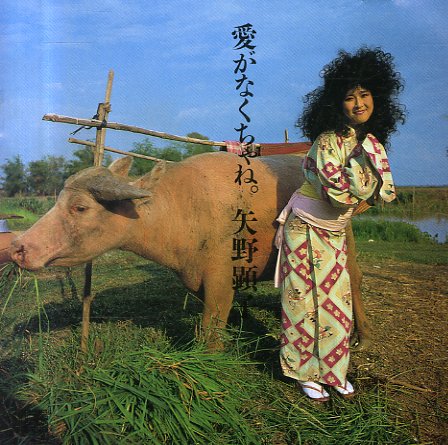 A really fantastic album from the great Akiko Yano – a set recorded in London with help from a whole host of great talents, all of whom make for a record that's even catchier and groovier than some of her work in Japan! Ryuichi Sakamoto co-produced and arranged the record, and really helped give a lot of Akiko's songs a wonderful sense of structure – qualities that are expanded by work from Mick Karn on bass, Steve Jansen on drums, and Sakamoto on keyboards – working with Yano on a mix of English and Japanese-language tunes. Steve Nye also provides studio help, furthering some of the Brit pop elements – and David Sylvian also guests on one tune – the great "Good Night", done as a duet with Akiko. Other titles include "What's Got In Your Eyes", "Ai Ga Nakucha Ne", "Aisuru Hito Yo", "Sleep On My Baby", "Another Wedding Song", "Donnatokimo Donnatokimo Donnatokimo", and "Michi De Battari".  © 1996-2022, Dusty Groove, Inc.
(Comes with a 24 page booklet of notes!)