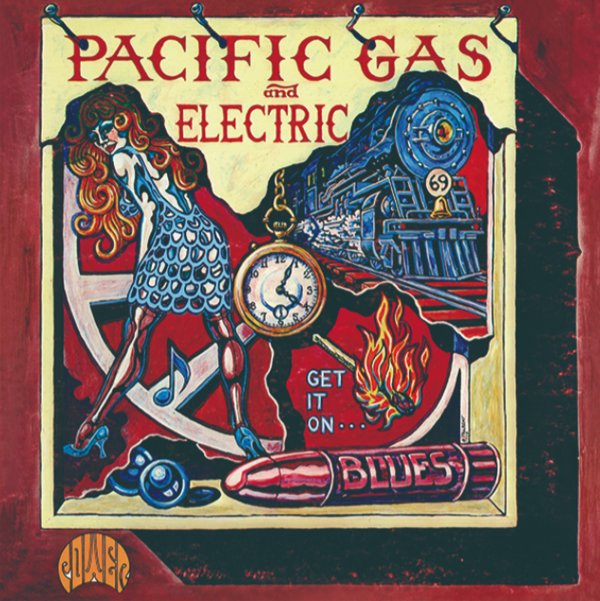 Get It On (Japanese paper sleeve edition)

The very first album from Pacific Gas & Electric – the hard-wailing west coast group who later recorded more famously for Columbia Records, but who are completely on fire here! The set was done for the Bright Orange subsidiary of Kent Records – that LA imprint who did such a great job with blues, soul, and R&B in the 50s and 60s – and who really let the group here stay close to their blues inspirations, while also letting their freak flag fly with some very cool Cali elements too! As with so many of the other groups of their time who maybe started out in blues, PG&E are quickly moving into territory that's all their own – taking off with psychedelic elements and strongly soulful touches – served up with some great lead guitar work from Glenn Schwartz, some heavy fuzz bass by Brent Block, and raw vocals from Charlie Allen. Tracks include a great remake of the Bobby Blue Bland Tune "Cry Cry Cry" – plus"Wade In The Water", "The Motor City Is Burning", "The Hunger", "Long Handled Shovel", "Jelly Jelly", "Stormy Times", and "Live Love".  © 1996-2021, Dusty Groove, Inc.