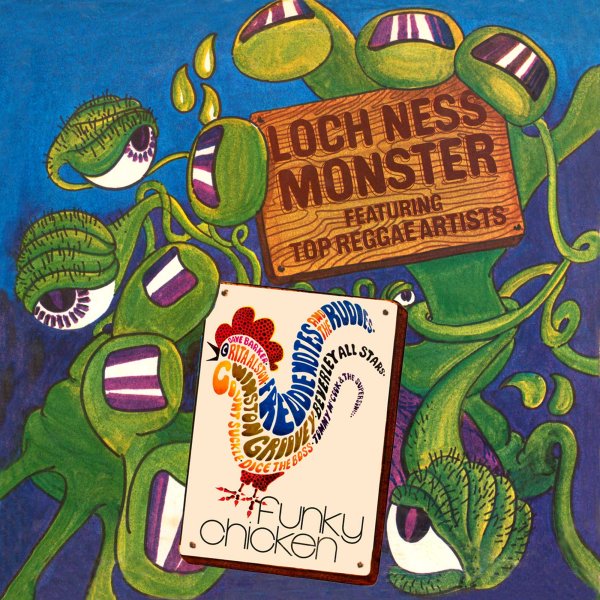 A pair of fantastic collections, back to back in a single set – with dozens more bonus tracks too! First up is Loch Ness Monster – One of the coolest collections ever put together by Trojan Records in the 70s – a set that's noteworthy not just for it's very cool cartoony cover and Brit Isles-located cover – but also for the weird and wild batch of music within! The tunes are a mix of late ska and rocksteady, but with a focus on some of the more unusual production styles and more offbeat lyrical modes of the period – qualities that make the whole set a delight as one track steps to the next – with playful interplay between themes and artists that makes the album way more than just a compilation fo different artists! Titles include "Man From MI5" by The Upsetters, "Loch Ness Monster" by King Horror, "Vampire" by The Upsetters, "Pussy Catch A Fire" by The Soul Mates, "Cutting Blade" by King Horror, "Barbwire" by Nora Dean, "Dracula Prince Of Darkness" by King Horror, and "African Meeting" by Girlie & Jomo. Funky Chicken is a really cool package from early 70s Trojan Records – a set that's titled after some of the big "funky animal" singles that were showing up on the US soul scene at the time – but which instead presents all sorts of soulful rocksteady cuts with a definite Jamaican groove! Titles include "Funky Chicken" by Winston Groovey, "Funky Reggae" by Dave Barker, "Funky Duck" by Dice The Boss, "Popcorn" by The Upsetters, "Open Jaw" by Tommy McCook, and "The Monster" by Beverly's All Stars. 2CD set has 56 tracks in all!  © 1996-2022, Dusty Groove, Inc.