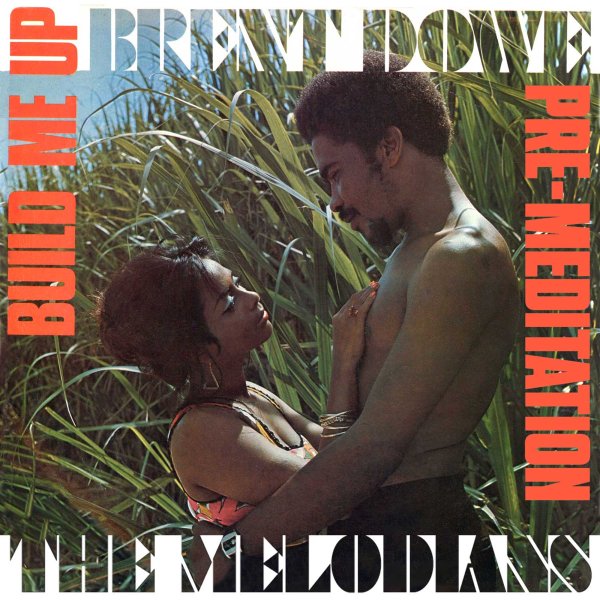 Two soulful reggae classics – issued here back to back in a single set, along with 26 bonus tracks, and a total of 32 titles that appear here on CD for the first time ever! First up is the solo album Build Me Up by Brent Dowe – a sometime member of The Melodians, but one who sounds great here as a lead artist on his own – although many of the cuts follow the similar slow-stepping vibe of his earlier work with the group, and often have a bit of harmony vocals behind Brent's lead. Titles include "I'm Gonna Love You", "Without Me", "Ungrateful Baby", "Heartbreaking Love", "Something You Don't Have", "Don't Give Up", and "Build Me Up". Next up is the album Pre-Meditation – The Melodians really sparking on a set of tunes that were issued on the Sky Note label in 1978, but which really recall the earlier spirit of the group – music that's surprisingly stripped down, and almost with more of a rocksteady groove than you might expect for the time – although there are some roots reggae themes in the mix too. Sonia Pottinger handled production – and titles include "Swing & Dine", "Little Nut Tree", "Don't Get Weary", "Dry Up Yuh Tears", "I'm Gonna Fall In Love", and "Survival Is The Game". 2CD set features both albums, along with all the above-mentioned bonus tracks – lots more Melodians tracks that include "Little Blue Bird", "The News Is Out", "No Sweeter Way", "Share The Good Times", "Two Sides To Every Story", "No Nola", "Heartaches", "Black Man Kingdom Come", "Melodians In Medley", "Your Destiny", "Sweet City Woman", and lots lots more!  © 1996-2022, Dusty Groove, Inc.