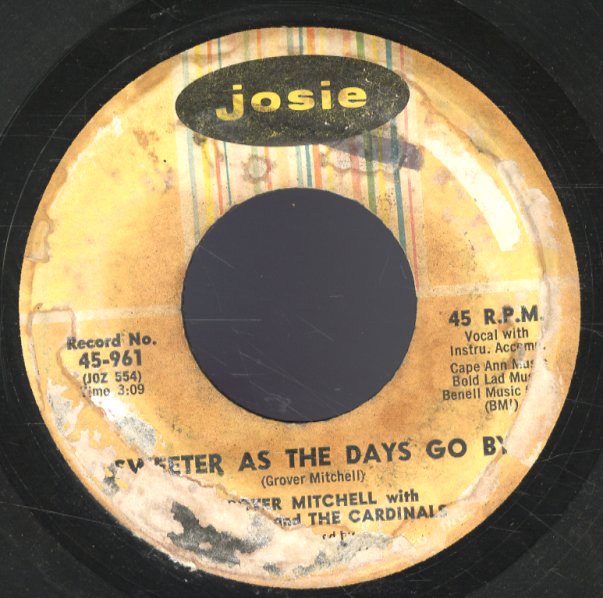 Sweeter As The Days Go By/Take Your Time & Love Me

(Vinyl plays with surface noise. Labels are stained and flaky.)

Soulful Chant/Joy-De-Vie
Josie, Late 60s. Near Mint-
7-inch...$24.99
Organ groover! "Soulful Chant" is a stunner from David – who seems to be working overtime on the keys of the organ for this one, playing fast, loud, and free in full-on mode, just to keep up with the bass and drums, which are pounding away for dear life! "Joy" is a nice ... 7-inch, Vinyl record