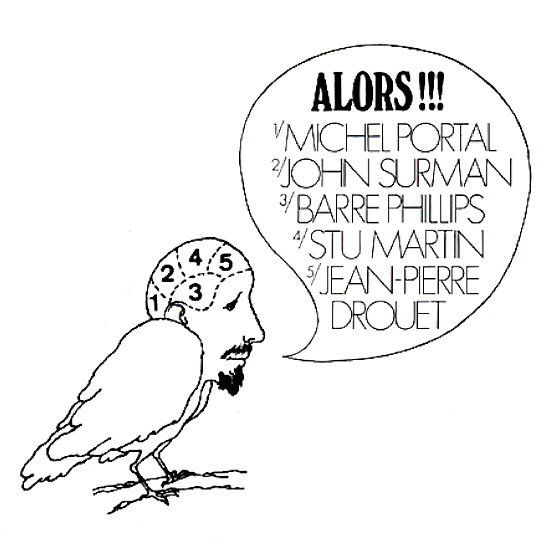 A landmark French avant session from the start of the 70s – and one of the most bracingly brilliant albums ever recorded by saxophonist Michel Portal! Portal's paired here with British reedman John Surman – and the duo play some amazingly complex lines on the date – very freewheeling, but not entirely without structure – as Portal handles alto sax and bass clarinet, and Surman blows soprano, baritone, and bass clarinet as well. Other group members include Barre Phillips on bass, Stu Martin on drums, and Jean-Pierre Drouet on percussion – and the use of two percussion players, without piano, makes for a very unique quality to the record. Titles include "Oo Bam Ba Deep", "Ca Boom?", "Undercurrent", "Yes, Oh Yes, You Wonderful Sun Kissed Maiden", and "Y En A Marre".  © 1996-2021, Dusty Groove, Inc.