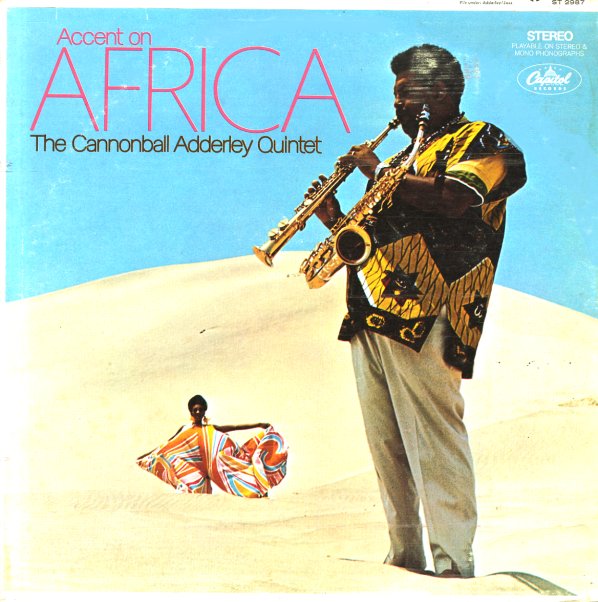 Wickedly hip work from Cannonball Adderley – and one of his real standout sessions for Capitol Records in the 60s! The set lives up to its "Africa" promise right from the very first note – and features a set of loud, proud tunes that really bring out the righteous sounds of this generation of new liberation – tunes that sparkle with lead alto and soprano sax from Cannon, but which really draw even more energy from the whole collective of musicians on the record – a hip lineup led by HB Barnum, who also did all the arrangements for the set! The result is a record that's unlike any of Adderley's other albums – from some of the evocative snakey lines on the top, to the hip mix of 60s Cali soul and African percussion on the bottom. And oh yeah, David Axelrod produced the whole thing too! Titles include "Gumba Gumba", "Up & At It", "Hamba Nami", "Ndolima", and "Lehadima".  © 1996-2022, Dusty Groove, Inc.

Cannonball Adderley Sextet In New York (Keepnews collection)
Riverside/Concord, 1962. New Copy
CD...$4.99 11.98 (LP...$19.99, CD...$6.99)
Rock-solid live material from the classic Cannonball Adderley Sextet – a combo who could usually groove even better on a concert date then they could in the studio! The album's one of a number of key live sides from Cannon in the 60s – and although it pre-dates his work on Capitol, it's ... CD