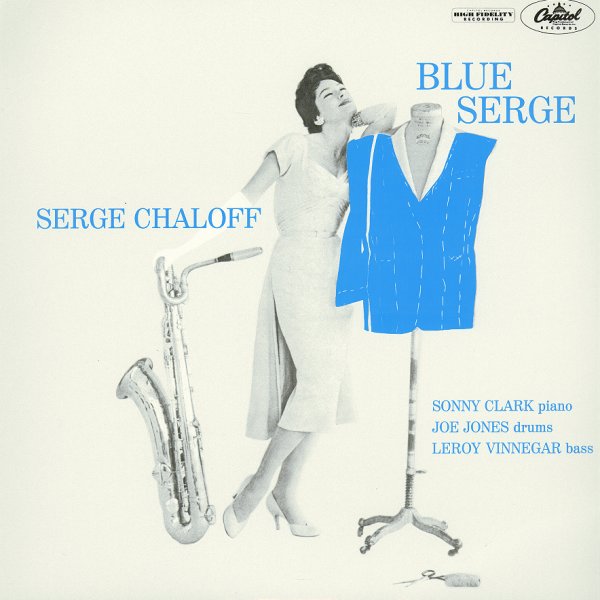 A real classic in the canon of American postwar jazz – one of the few albums ever cut as a leader by Boston baritone player Serge Chaloff – one of a handful of musicians who really helped move the instrument forward in jazz, and help it take a rightful place next to the expressiveness of the tenor and alto sax! Even though he hardly got a chance to record, Serge was a hell of a player, and one who has both the rich tone of the instrument completely in hand, while also able to move with the fluidity of a much leaner horn – a quality that's augmented here by the fantastic rhythm work from Sonny Clark on piano, Leroy Vinnegar on bass, and Philly Joe Jones on drums. The set's a treasure through and through – from the cool cover image, to the great music within – served up on tunes that include "How About You", "Handful Of Stars", "The Goof & I", "Susie's Blues", and "All The Things You Are".  © 1996-2022, Dusty Groove, Inc.

Boston Blow-Up!
Capitol/Universal (Japan), 1955. New Copy
CD...$13.99
One of the few key recordings issued by baritone saxophonist Serge Chaloff before his untimely early death – a tremendous little record that really helped redefine the place of his instrument in jazz! The album is one of a number produced by Stan Kenton for Capitol at the time, but it's far ... CD