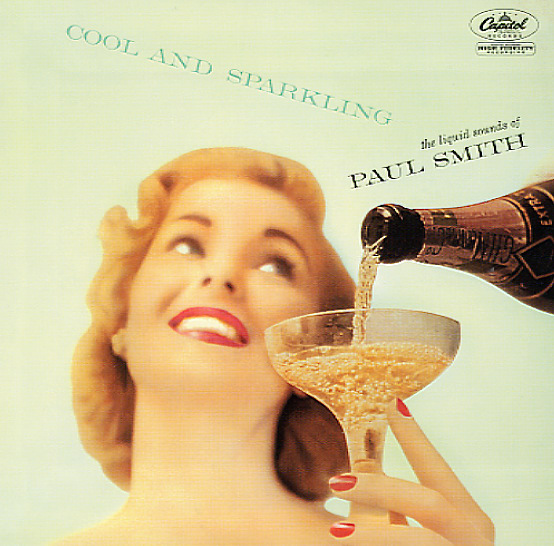 Some of the best work by an overlooked pianist from the 50s! Back in the days when most of the easy keyboardists were trying for a sound that was filled with overdramatic flourishes, and too much emotional Carmen Cavellarroing, Paul Smith was perfecting a mellow easy style that he called his "liquid sound". While not totally frictionless, his keyboard work was a good hint at the easier sounds to come in the 60s and 70s – and he's ably helped in his efforts on this album by clarinetist Abe Most, guitarist Tony Rizzi, and bassist Sam Cheifitz. The record hangs somewhere between jazz and lounge – but Smith's dedication to strong writing and inventive soloing make us consider it more of a jazz album. Titles include "Little Evil", "The Grump", "Kempy The Painter", and "Murphy's Light".  © 1996-2022, Dusty Groove, Inc.

Delicate Jazz
Capitol/Universal (Japan), 1957. New Copy
CD...$13.99
Lovely music from pianist Paul Smith – working here on one of his most standout sessions of the 50s, thanks to the presence of horn players Bob Cooper on tenor and Julie Kinsler on flute! The style is still very much in the same fluid area as Paul's Liquid Sounds work for Capitol – but ... CD