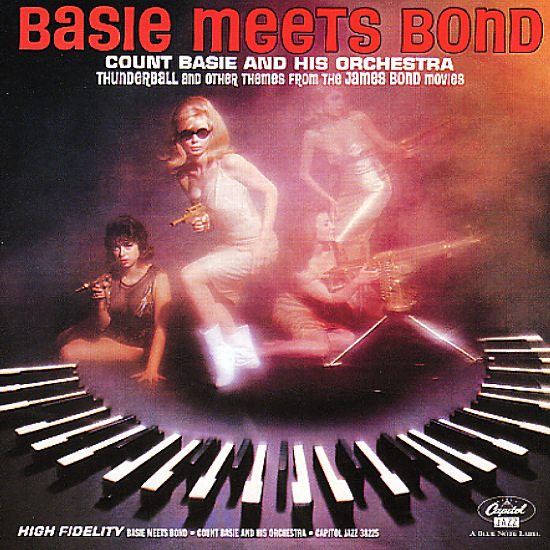 An excellent gimmick from the United Artists label – a way of mixing their strong run of 60s soundtrack hits with the world of jazz – thanks to Count Basie and his group taking on a whole host of themes from the successful James Bond films! Count Basie brings a soulful swing to the work of John Barry, who scored most of these cuts – hitting hard on the tracks with his own smoking piano, and an orchestra filled with some of his best players – including Al Grey on trombone, Eric Dixon on saxes, and Freddie Greene on guitar – plus guest tenor work from Eddie Lockjaw Davis, an artist who wasn't credited on the session at he time. Arrangements are by Chico O'Farrill and George Williams – and titles include "Thunderball", "From Russia With Love", "007", "Girl Trouble", and "Goldfinger".  © 1996-2022, Dusty Groove, Inc.