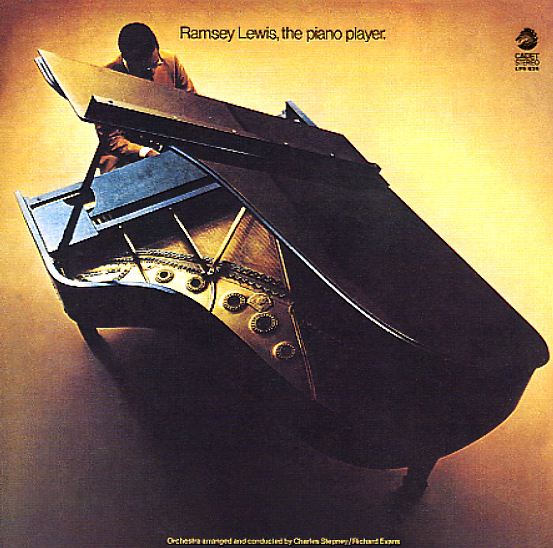 One of Ramsey Lewis' best albums of the 60s – a killer Cadet record that stands right up there with classics like Maiden Voyage and Mother Nature's Son! As on those records, arrangements here are mostly by Charles Stepney, who comes up with that righteous blend of soul, strings, and jazz that really takes Ramsey to the next level – and the great Chicago soul arranger Richard Evans handles a few tracks here too, bringing a slightly funky undercurrent to the record. Part of the record seems to take off from Stepney's sessions for Minnie Riperton – particularly the cuts "Distant Dreamer" and "Rainy Day In Centerville" – both done here as instrumentals – and a version of "Golden Slumbers" is clearly from the Beatles' sessions used for Mother Nature's Son. The album's essential listening through and through – Ramsey really taking things past the simple structure of the trio, yet never losing his soul in the process. Other titles include "You've Made Me Feel So Very Happy", "Time & Space", "Do I Love Her", "Close Your Eyes & Remember", "Whenever Wherever", and "The Love I Feel For You".  © 1996-2022, Dusty Groove, Inc.

Jazz Advance
Transition/Universal (Japan), 1956. New Copy
CD...$13.99
One of the best pre-1960 sessions by Cecil Taylor, recorded in Boston in 1956, and originally issued on the totally rare Transition label in a very small pressing! Taylor's playing here with the great bassist Buell Neidlinger, one of his prime compatriots in the early days, plus the great drummer ... CD

Brass Shout
United Artists/Universal (Japan), 1959. New Copy
CD...$13.99
A great little album by this wonderful trumpeter – and one that we passed up for years because we were afraid of the words "brass" and "shout" in the title! If you're a Farmer fan, though, don't worry about this being some sort of snoozy "bold n brassy" session ... CD