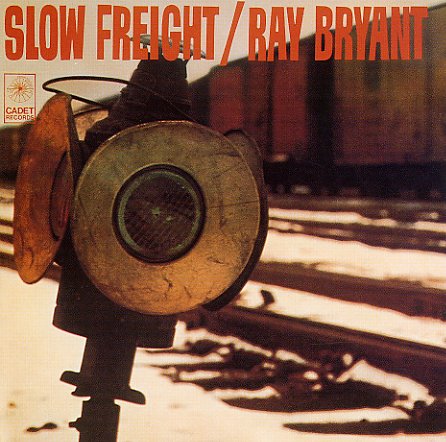 A killer album by soul jazz pianist Ray Bryant! The title track, "Slow Freight", is an amazing 10 minute groover that moves at a very slow pace (just like a freight train), and which features some very cool ad-lib talking by Paul Serrano – a pretty groovy touch that really adds a lot to the track! Ray's piano is in the lead, with a sinister soulful groove – and he's backed by his patented two-trumpet rhythm sound, played here by Art Farmer and Snookie Young – blasting away with a tightly vamping approach that's really in the groove. The rest of the record's great too – and other tracks include "The Fox Stalker" and "Return Of The Prodigal Son". One of Ray's best ever!  © 1996-2022, Dusty Groove, Inc.