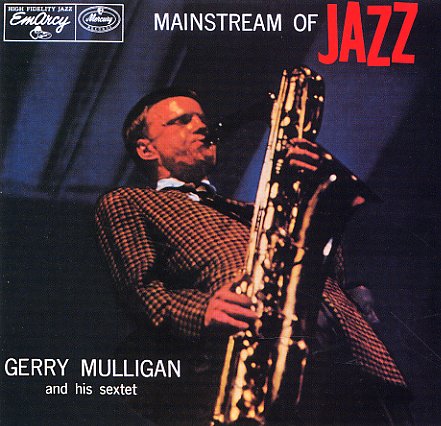 Gerry Mulligan's still far from the mainstream of jazz on this sweet little set – a great date that expands nicely from the mellower styles of the Pacific Jazz years – expanding the group a bit, with some really great results! In addition to Mulligan's usual baritone sax, Gerry also plays a bit of piano on one track – reconciling himself with the instrument, and using it in surprisingly soulful ways. Other players include Zoot Sims on tenor, Bob Brookmeyer on trombone, either Don Ferrara or Jon Eardley on trumpet, and Dave Bailey on drums. Tracks are long and nicely open – a bit less tightly arranged than some of Mulligan's work on Pacific Jazz – and titles include "Lollypop", "Igloo", "Blue At The Roots", "Elevation", and "Mainstream".  © 1996-2022, Dusty Groove, Inc.