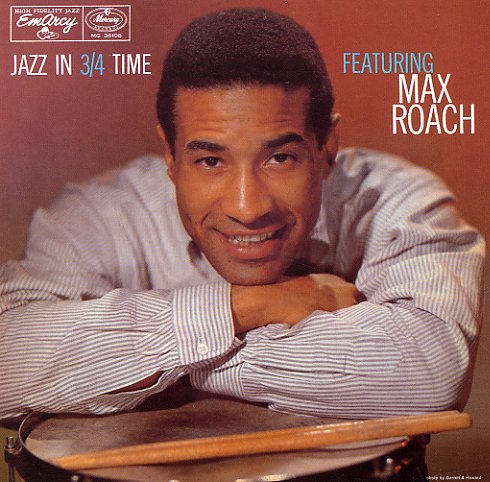 A great little album from Max Roach – one that has him finding a whole new voice in jazz! The set was recorded on the heels of Max's time with Clifford Brown – and it's a great little album that has him bouncing back nicely from the loss by moving into a new realm that shows off his more lyrical side! The group on the album features Kenny Dorham on trumpet, Sonny Rollins on tenor, Billy Wallace on piano, and George Morrow on bass – and as you'd guess by the title, most tunes are in a jazz waltz mode, which gives them a nicely dancing quality, soft and a bit exotic – almost modal at times – and a nice change from Roach's more full-on hardbop style of the Clifford Brown years. Titles include "Little Folks", "Lover", "The Most Beautiful Girl In the World", and "Blues Waltz".  © 1996-2022, Dusty Groove, Inc.