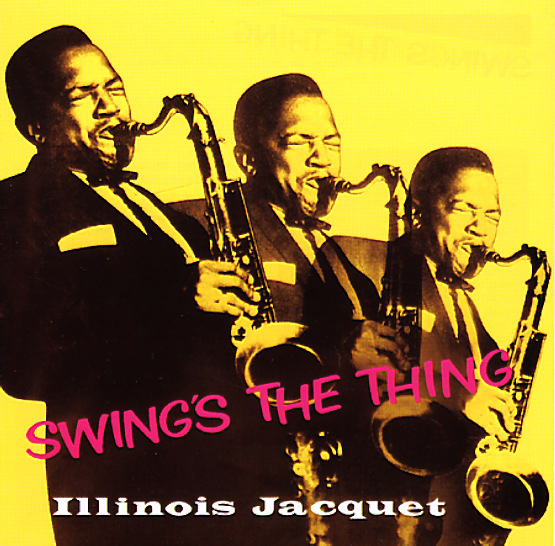 One of the greatest small group sessions of the 50s by tenorist Illinois Jacquet – and a record that really lets you hear his development as a musician at the time! Jacquet was always a standout on his instrument – especially in some of the larger group recordings that won him acclaim in the 40s. Yet the player heard here is much more mature, and even more confident – yet in ways that actually have him doing less – really finding his sense of timing and tone, and moving out magically in a hip Verve combo with Roy Eldridge on trumpet, Jimmy Jones on piano, Herb Ellis on guitar, Ray Brown on bass, and Jo Jones on drums. Titles include "Las Vegas Blues", "Have You Met Miss Jones", "Lullaby Of The Leaves", and "Achtung".  © 1996-2022, Dusty Groove, Inc.