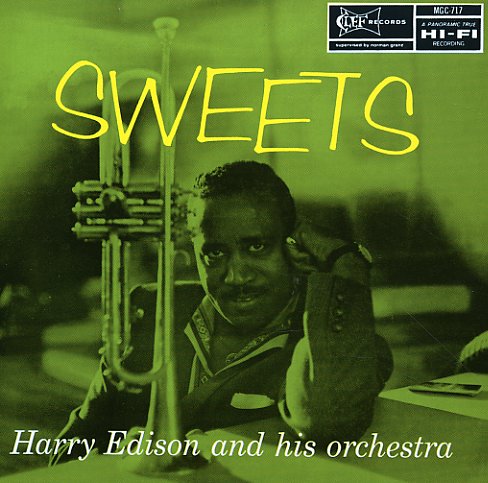 Easy-going Verve swing at its best – the kind of small group session that let a player like Harry "Sweets" Edison shine in a way that he didn't always get to do in a larger group! For this set, Edison's joined by Ben Webster on tenor sax, Barney Kessel on guitar, Jimmy Rowles on piano, Alvin Stoller on drums and Joe Mondragon on bass – in a format that features tunes that are a bit shorter than on some of the other Verve swing sides of the time, but still very much with a relaxed and open-ended feel. Titles include several Edison originals – including "Hollering At The Watkins", "Used To Be Basie", "Studio Call", "Opus 711", "K.M. Blues", and "Walkin With Sweets".  © 1996-2022, Dusty Groove, Inc.