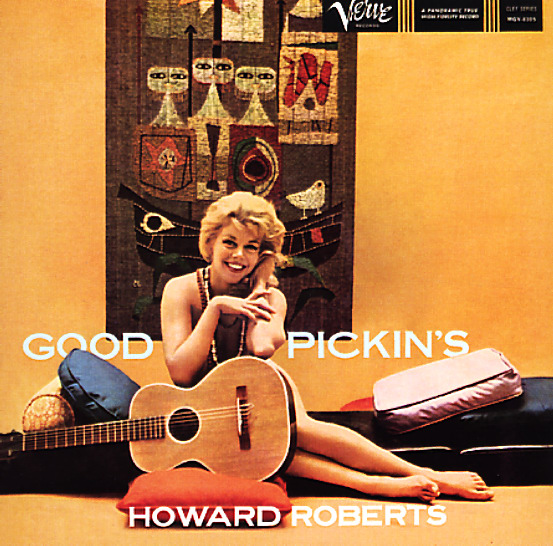 A tremendous little set from guitarist Howard Roberts – recorded in the years before his better-known records for Capitol, and done in a looser, more relaxed mode! The setting's a quartet with Pete Jolly on piano, Red Mitchell on bass, and Stan Levey on drums – plus some especially sharp-edged tenor from Bill Holman, who rounds out the group to a quintet on about half the album's tracks. Holman handled arrangements on a few of the album's numbers, and Marty Paich on a few others – but the overall feel here is a lot less arranged than any of Roberts' later sessions – and is much more in the openly creative style of some of the best LA sessions for the Mode or Tampa labels during the same era. Titles include "Godchild", "The More I See You", "Easy Living", "Will You Still Be Mine", "All The Things You Are", and "Terpsichore".  © 1996-2022, Dusty Groove, Inc.