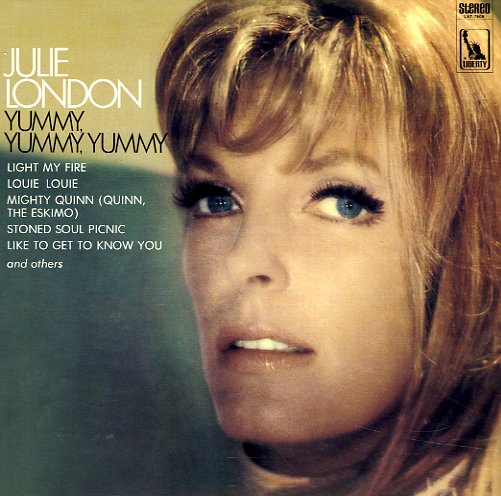 A very unusual album for Julie London – one of her few recordings ever to break the more traditional jazz format, and go for a mod sort of swinging 60s sound! The set features London versions of hits by The Doors, Beatles, Monkees, and others – all given a gentle groove by Tommy Oliver, who brings in just enough jazz to make the music work for Julie. And given her great style of singing – still quite laidback and sultry – the tunes take on a really unique feel here – hardly covers at all, and more whole new conceptions of cuts that include "Light My Fire", "Like To Get To Know You", "Stoned Soul Picnic", "Sunday Mornin", "Mighty Quinn", "Without Him", "And I Love Him", and "Come To Me Slowly".  © 1996-2022, Dusty Groove, Inc.