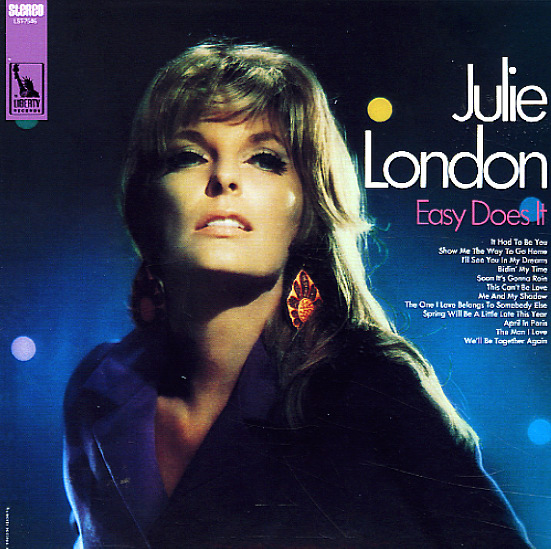 One of the last albums in Julie London's legendary run for Liberty Records – a perfect cap to a phenomenal catalog, and one that still shows London very much at the top of her powers! The backings here are by three different talents – Don Bagley, Kirk Stuart, and Allyn Ferguson – but the sound is nicely unified, and most numbers make strong use of that breathy, up-close style of singing that Julie virtually invented back in the 50s – maybe not as sad and dreamy as back then, given all the mature modes and adult sensuality expressed in London's records of the 60s! Titles include "Bidin My Time", "Soon It's Gonna Rain", "Show Me The Way To Go Home", "This Can't Be Love", "Spring Will Be A Little Late This Year", "The Man I Love", and "The One I Love Belongs To Somebody Else".  © 1996-2022, Dusty Groove, Inc.